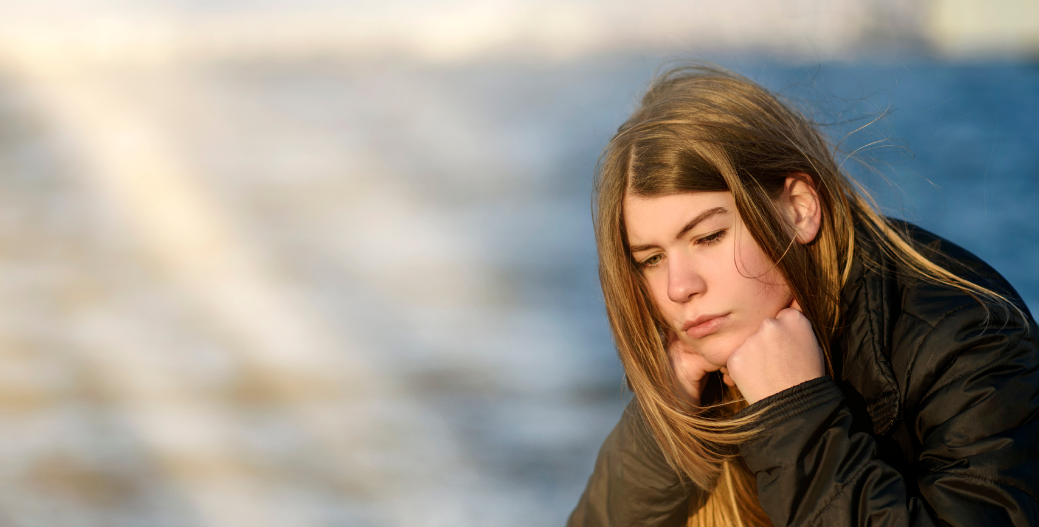 My home life as a kid was really tough. Dad left us when I was small and Mum was a drinker. She neglected my sister and I – we often went to school with dirty clothes and we would smell. I was really socially anxious as a kid and was bullied. Other stuff was going on at home that I don’t feel comfortable sharing – life wasn’t good at all growing up.

Something happened to me and my sister when we were in our late teens; neither of us could recover from what we experienced. Later, our Mum walked out on us, so my sister (19) and I (17) lived alone and had to fend for ourselves. We were both really messed up and went off the rails. We got involved in recreational drugs – it made us forget.

For a while, I managed to get myself together. I went to college, qualified as a chef and worked for 5 years. It was really hard – I would do crazy hours, it was exhausting. During that time I met my first boyfriend. His childhood had been tough too and he had a drug habit that was getting out of control. He tried rehab and I always tried to help him get clean – but he would relapse. One day he left me. I was broken – I couldn’t cope with being alone. I got into another relationship with someone quite similar – as a replacement – I felt so lost. My new boyfriend was a heroin addict. It was a massive mistake.

One day, after a really hard day at work, I had a few drinks to relax and my boyfriend gave me a roll up. I knew something wasn’t right – it tasted awful and I was violently sick. He had spiked me and given me heroin. For a while after that I was strong enough to resist his world, but life was getting harder. I was carrying around memories I desperately wanted to forget and working non-stop. Eventually I succumbed. Before I knew it I was hooked – I needed heroin every day. I eventually lost my job and then my home.

After that I had no choice but to move in with my boyfriend or I would have been out on the streets. I got sucked into his world. I couldn’t hold down a job. The relationship was terrible and I wanted to end it so many times. He would make me shoplift so he had the money for drugs and if I didn’t do it – I would pay for it.

He was abusive – physically and mentally. It was such a dangerous place. His flat was a crack den. Drug dealers were constantly demanding money. These people were really scary – they had knives and guns. I used to lock myself in the bedroom out of fear of what they would do to me.

“I was really close to living on the streets a couple of times but was too scared and ended up staying with this boyfriend. Looking back, that was more dangerous.I almost died a couple of times. My boyfriend often injected me, but really badly – I ended up in hospital with an abscess from where he plunged the needle in and I have massive scars on my arms and legs now”.

After having a fit in town, I thought hard about how I could get away. I remembered people speaking about Turning Tides, so I took a few belongings and they took me in. I stayed with Turning Tides for 3 years – they helped me rebuild my life.

I am not going to lie – it was rocky and really tough to begin with. Getting clean is so hard – but I was somewhere safe and with people that understood what I was going through. I needed someone to give me a chance. The staff are brilliant. They never gave up on me. Day or night – they were there for me. I would often be down in the night speaking to staff because I had a lot going on in my mind. They gave me courage to change. I was able to get clean and have been clean ever since.

I became pregnant last year. Due to the pandemic Covid was challenging for everyone but the Turning Tides team were always there and very careful to ensure everyone’s safety. It was a tough time for clients and staff. No matter the fears about the pandemic, I was certain I would get my life back as I was going to be a mum. When my little Mia was born, we moved to a new flat. I could not be happier. Mia is another huge reason to live. I am determined to be a good mum – to protect her in ways I never was.

Turning Tides are still supporting me emotionally, and helping me process paperwork and bills. Honestly, I feel so grateful.

“I can’t wait for Christmas. It will be our first Christmas here – in our forever home. I feel like my life is where I want it to be, at last. I’ve been thinking about my future and I’m going to train so I can help others. If Turning Tides hadn’t existed- I would be dead many times over. I want to help other people and give them the chance that I so desperately needed.”

Visit our Christmas Appeal page to find out how you can support others who need our help in the community.

Wow - what a weekend it was! ⛈️ HUGE thank yo

Just one more sleep until our Big Summer SleepOut!