I’ve experienced every type of institution you can imagine – care homes, mental health services, prison, hospitals – but only Turning Tides managed to help me turn my life around. They never gave up on me.

I am 20 now and in a happier place but right from when I was born it was always difficult. I was born prematurely to parents who were 14 and 16 years old. I contracted meningitis and spent the first few months of life in an incubator. Mum, was on her own at home and neglected me, apparently I cried a lot – probably because I was hungry. My mum shook me which led to a bleed on my brain. So I was taken into care, and my parents weren’t allowed to contact me until I turned 16.

I was adopted by wonderful people. But I was a very difficult child, already highly medicated due to my traumatic start in life. School was a nightmare – I struggled to fit in and couldn’t keep up. My brain seemed to be wired differently  to everyone else, I was such a slow learner. I was often put into isolation, and because I was lonely I became harder to control. Trouble followed me – it was under my skin and I was ‘known’ to the police. I was often out of school with CAMHS (Children’s Adolescent Mental Health Service) appointments. I was excluded from primary school aged 10. I had a second exclusion at Secondary school at 13 and then went to a school for excluded children.

My adopted parents couldn’t cope any longer and said ‘I was given to them broken and they couldn’t fix him’. I was devastated, and back in a care home at 14, things got worse. I found the address of my ‘real’ parents, and ran away to try and reconnect with mum and was over the moon about having 7 sisters and 5 brothers I didn’t know about. It was in about a week that mum rejected me and I was back into care. She broke my heart but then, that is my mum – that’s what she does.

I really missed contact with my sisters and would sleep in alleyways close to their homes. Weirdly, when I went to prison at 18, it was like a home from home as half of my family were there. Being there with my family for the first time was better than being homeless.

When I was released, I met a girl and life changed. My girlfriend became pregnant and we moved to Worthing for a “new start” and to be near mum. It wasn’t too long before it all fell apart, mum took all my money, and my girlfriend moved away. I gave up on life. I was homeless, sleeping in car parks, my parents didn’t care, my unborn child was in another city – I started taking heroin to block everything out. I lived on the streets for nearly two years – it was horrific. I did visit Turning Tides Community Hub regularly for food, clothes and showers, and they kept me alive, but I didn’t really engage, I made a nuisance of myself. I just wanted to die really. In trouble with the police, in and out of hospital, I was a nightmare.

My keyworker Carl would come to find me every day, in shop doors, squats, in hospital and made sure I stayed alive. Words can’t explain my feelings for Carl – he became a father figure – always there when I needed him, he never gave up on me. Without him I’d be dead. He pulled me from the gutter, gave me an identity, put me in touch with social services and put a roof over my head at Lyndhurst Road. Every single one of the staff at Lyndhurst Road are just incredible. They have helped me to fix everything. Within a few months at Lyndhurst Road I became heroin free. I haven’t offended in over a year and I am writing music and poems. The most important thing is that the Turning Tides Social Worker at a recent court hearing helped me to have contact with my daughter who is in the care of special guardians. At 10 months old, I met her for the first time. Hands down, the best moment of my life. I cannot get enough of her, I see her as much as I can. She’s why I breathe, my motivation, she makes my life worth living. Turning Tides helped me to be part of her life and I’ll be forever grateful. I’m determined to give my daughter a better start in life.

I have got back in touch with my adoptive parents and it is great because they get to be my daughter’s grandparents. I’ve experienced every type institution you can imagine – care homes, mental health services, prison, hospitals – but only Turning Tides managed to help me turn my life around. They never gave up on me.

All of you who work and support the charity, I owe you everything. I’m a changed man! 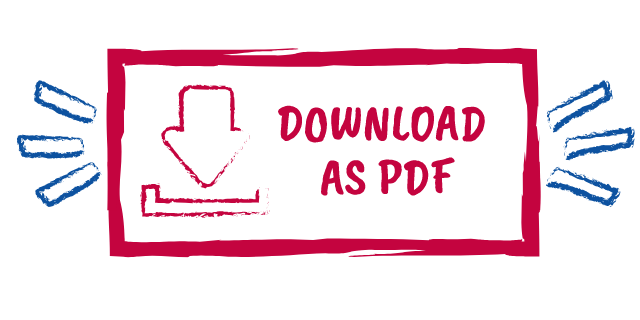 Wow - what a weekend it was! ⛈️ HUGE thank yo

Just one more sleep until our Big Summer SleepOut!